Hunted by the Hearts family, J of Spades Ogier tracked down 2 of Spades, Nelson. Together they planned to strike back. Ogier recruited a few ex-military men to take out the gang running this drug route; getting drug money during the process was just gravy.

Reyes’ gang stationed at the second floor of an old parking lot, with multiple lookouts outside the building. Olga’s veteran snipers took care of these lookouts. Nelson, on the other hand, had his favorite job, which was setting fire. Once fire was lit in the building, heavy smoke broke out. With the cover of thick smoke, J of Spades gunned down quite a few armed drug dealers and went all the way up to the second floor. Finishing off several drug dealers who were guarding the door, Ogier grabbed a wounded one as cover. While bullets stormed out right into the human shield, Ogier shot three other members in the room. Reyes, who was high on drugs at the moment, has yet to grab his Desert Eagle, when Olga’s muzzle pointed at his forehead.

“Who the hell are you?” Reyes scorned, showing his mouth full of silver teeth. “Bang! ” A bullet went through Reyes’ left ear. “Ow! ….! Who the …. are you?” Reyes covered his left ear and yelled. “Bang! ” Another bullet,another ear. “Aahhh! Who, who are you?” Apparently those two bullets helped Reyes correcting his manners. “Open the safe.” Ogier nodded, waved his gun towards a big safe on his left. Suffered in great pain, Reyes removed both hands from his ears. He seemed moving slowly to get the key out of his pants, but was actually sneaking towards another gun which was hidden under the table. “Bang!” A third bullet got to Reyes’ right arm. “You can open the safe with your left hand.” Ogier taunted at him.

Hurting in both ears, adding the anguish in right arm, Reyes finally gave up on fighting back. Using his left hand with quite some effort, he took out the key and slowly moved to the safe. The moment he opened the safe struggling with his left hand, a fourth bullet went through his left arm. Reyes screamed and fell to the ground. Neither of his arms could move, so he just rolled back and forth stiffly.

Nelson came into the room with a barrel of gasoline, glimpsed at the crawling drug lord. He then grinned and poured gasoline all over Reyes. Ogier was stuffing a bag with all the drug money. He turned round and asked,” What are you doing?” Nelson shrugged,” Nothing, just prepping a hot dog for ya.”

Ogier and Nelson ran away with Reyes’ sports car. The building was flaming up behind them. 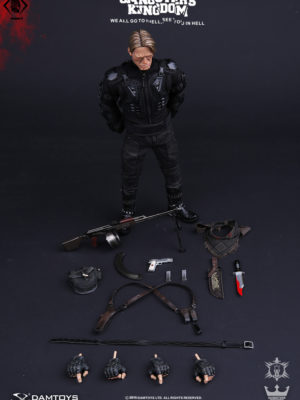 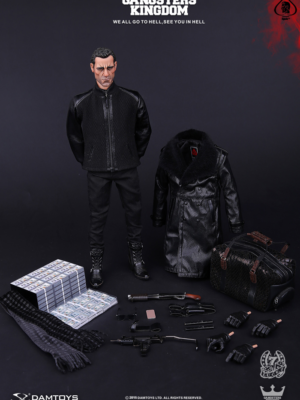