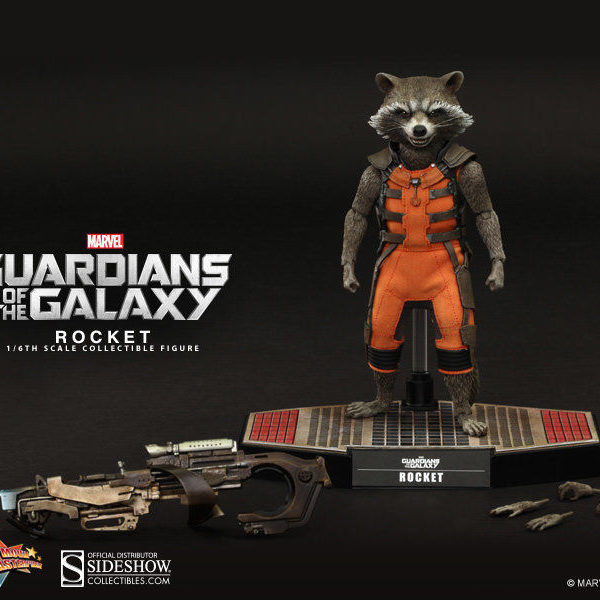 About This Sixth Scale Figure

“Ain’t no thing like me except me.”
Sideshow Collectibles and Hot Toys are proud to introduce the Rocket Sixth Scale Figure from Guardians of the Galaxy. Marvel Studios takes fans to the cosmos in the action packed space adventure – with a group of two thugs, an outlaw, an assassin and a maniac! Since the movie’s first introduction, Rocket has been a breakout character, wanted on over 50 charges of vehicular theft and escape from lock up. The movie-accurate Rocket collectible figure is specially crafted based on his unique physique in the film featuring a finely sculpted head and body, with a specially tailored costume and weapon.
License
Marvel
Type
Sixth Scale Figure
Manufacturer
Hot Toys
Artists
Viva Lai (Head Sculpt)
Lok Ho (Head Paint)
JC. Hong (Head Art Direction)

What’s in the Box?
Rocket Sixth Scale Figure specially features:
Authentic and detailed likeness of Rocket in Marvels Guardians of the Galaxy
Movie-accurate facial expression with detailed fur texture
Body with over 17 points of articulation
Approximately 16 cm tall
Three (3) pairs of interchangeable palms including:
– One (1) pair of relaxed palms
– One (1) pair of fists
– One (1) pair of palms for holding rifle
Costume:
One (1) orange and dark grey space suit
Weapon:
One (1) rifle
Accessory:
Figure stand with Rocket nameplate and the movie logo 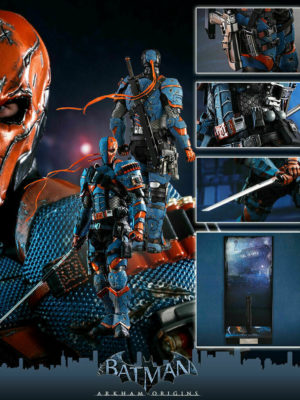 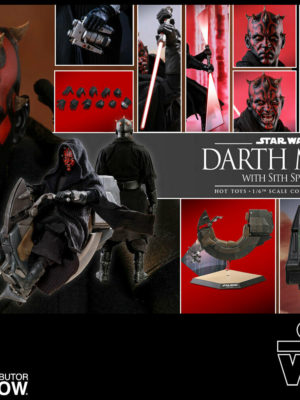 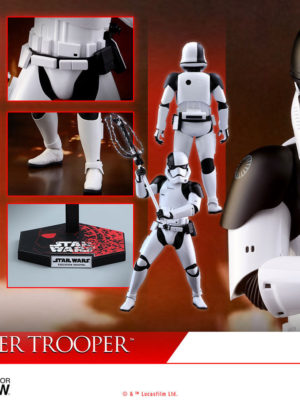 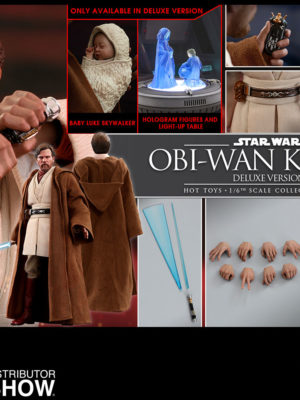 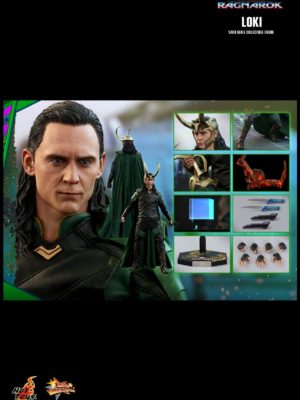