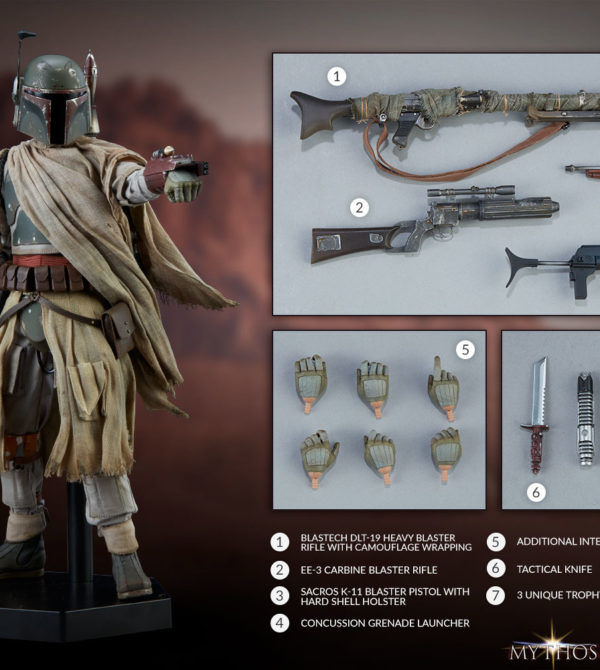 ABOUT THIS SIXTH SCALE FIGURE

“I take it you have no love of the empire.”

Sideshow is excited to unveil the next addition to the Star Wars Collectibles Mythos series, the Boba Fett Sixth Scale Figure.

As a collection, Sideshow’s Mythos series are fine art collectibles that allow the collector to imagine what could have been but maybe never was. Myths meant to be initiated by the eye and completed by the mind.

The Boba Fett Sixth Scale Figure captures the galactic legend of this feared bounty hunter in a never-before-seen way. Boba Fett features uniquely sculpted Mandalorian armor, including his iconic helmet with an articulating rangefinder, a flight suit and vest with body plate armor, knee pads, and weaponized wrist gauntlets. Each aspect of the newly crafted armor is detailed with distinctive Mythos weathering effects, telling the story of many hard-fought battles to capture some of the galaxy’s most elusive bounty. Boba Fett’s unique costume also includes a worn fabric poncho, a kama skirt with utility pouches, ankle spats, and several belts with side and waist pouches.

The Boba Fett Sixth Scale Figure packs a full arsenal of dangerous weaponry, including a removable Z-6 jetpack with articulating rocket boosters, four multi-purpose shin tools, and a tactical knife with an ankle-mounted sheath. He also features a variety of firepower, including an EE-3 carbine blaster rifle, a concussion grenade launcher, a BlasTech DLT-19 heavy blaster rifle with camo wrapping, and a Sacros K-11 blaster pistol. The figure comes with eight interchangeable hands, including a pair of fists, a pair of neutral hands, a pair of grip hands, a right trigger hand, and a left rifle support hand.

Hunt down the next piece in your Mythos journey and add the Boba Fett Sixth Scale Figure to your galaxy of Star Wars collectibles today!

WHAT’S IN THE BOX? 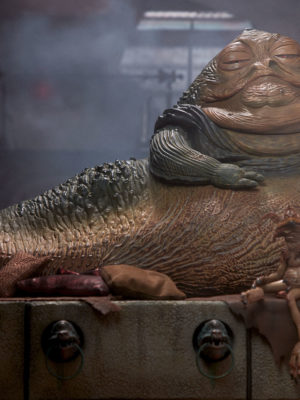 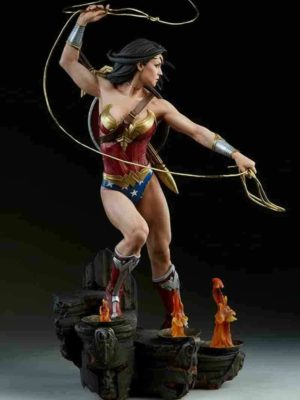